Dogs have been bred for thousands of years around the world, and several distinctive breeds have their roots in Italy. Some Italian dogs were bred to work: herding and protecting livestock; hunting; or guarding people and property. Others were bred for size and temperament, perfect for sitting calmly on a lap as a companion pet.

Many Italian breeds were close to extinction as little as 100 years ago, but renewed interest among Italian dog lovers saved them.

Italy is well known for its contributions to the arts – and food! But here are a dozen dogs that celebrate the talents of Italian breeders, with some descriptive notes from the American Kennel Club (AKC): 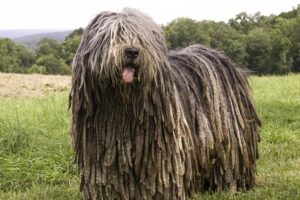 This large sheepdog was bred to herd and protect cattle and sheep in the Alps near Bergamo, Italy. The dog is especially striking because of its three coat textures that form loose felted mats, which protect it from freezing temperatures. It doesn’t shed and does not need to be brushed, but the unique coat does need to be “ripped” for maintenance. The Bergamasco also has long eyelashes to keep snow out of its eyes and shield them from snow glare. The AKC describes this herding breed as sociable, intelligent and independent. 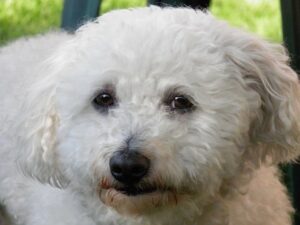 Unlike the robust red pasta sauce, this small dog’s coat is pure white and feels like cotton. Its roots date back to medieval Italian nobility in the Bologna region, who enjoyed them as companion dogs because of their calm personalities. Nowadays, the adorable dog is popular because it doesn’t shed, and acts like a puppy even into old age. The AKC describes this toy breed as devoted, playful and easy-going. 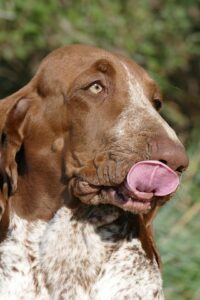 The Bracco Italiano dates back to the 4th century BC. During the Renaissance, the Medici family dynasty bred these large, long-eared dogs, and Italian nobles used them for hunting. Also known as the Italian pointer, there are two variations: one from Piedmont which is orange and white, and a larger variety from Lombardy that is white and chestnut brown. The athletic Bracco is known as loyal to its owner, and good with children. The AKC describes the Bracco Italiano as affectionate, enthusiastic and intelligent. 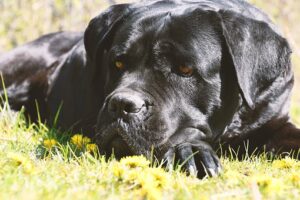 Despite the large, imposing stature of this mastiff-type dog, the Cane Corso is a loyal and gentle giant. This muscular dog needs a lot of exercise, and benefits from early training to become more social. It was bred in Italy hundreds of years ago as a bodyguard dog, and was also used for hunting and herding. Males can weigh more than 100 pounds! The AKC describes this working breed as intelligent, affectionate and majestic. 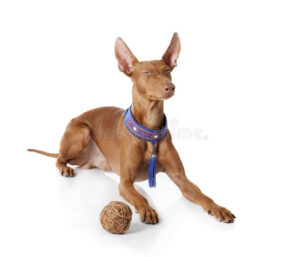 The Cirneco is considered one of the oldest dog breeds ever, dating back about 3,000 years. Old coins depict the image of a Cirneco. Despite its slender body, this hound dog was used to hunt game in the Mount Etna region by quietly stalking its prey. This leggy dog is able to jump high and burrow under fences. The Cirneco is smart and active, and benefits greatly from training. But it’s difficult to get mad when you look at this dog’s expressive eyes. The AKC describes this hound breed as independent, friendly and affectionate. 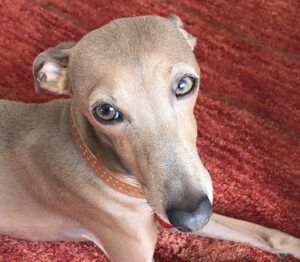 This small and slender – and speedy – dog is also affectionately called The Italian, IG, or Iggy. They were originally bred as hunting dogs, but also became popular companion pets because of their size. They can be energetic and intelligent, but are also somewhat fragile because of their tiny size. This breed is also known as a sighthound, hunting by sight and with bursts of speed when it spots prey. The AKC describes this toy group breed as sensitive, alert and playful. 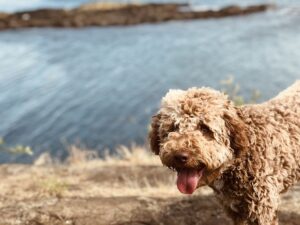 This “water dog” is skilled at water retrieving; in the local dialect of the Romagna region, it means “duck dog.” They love to dig and have a good sense of smell, so they are also affectionately called the “truffle dog.” They are adorably wooly to keep them warm, although their curls can mat. Lagotto Romagnolos are smart and easy to train, but need early socialization training so they are not scared of strangers. The AKC describes this sporting breed as keen, affectionate and undemanding. 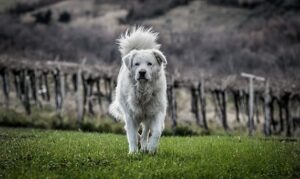 These muscular livestock dogs were bred in central Italy (some believe more than 2,000 years ago) in Abruzzo and the Maremma region. Farmers still use groups of these dogs to guard sheep from wolf attacks. This type of large white sheepdog is smart, calm and independent, and protective of people too. The AKC does not list this breed of sheepdog. 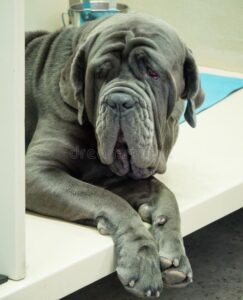 This huge dog commands respect by looks alone – they have large heads with many hanging folds, big lips – and a lot of drool! In ancient Rome, this mastiff was used to fight as a gladiator, and sometimes in battle. Today, they are still good guard dogs, but are now bred and trained to be gentle and calm, even sweet. Italian police and military officials still rely on the Neapolitan Mastiff. The AKC describes this working class breed as watchful, dignified and loyal. 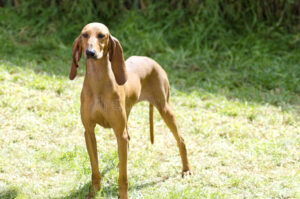 This scent hound is either wire haired (a pelo forte) or short haired (a pelo raso), both often treated as a single breed. They were often used during the Renaissance as hunting dogs in packs that accompanied hunters on horseback. They are known for their dedication to following a scent, although modern Segugio Italianos are also known as good companion pets. The AKC describes this breed as intelligent, friendly, and eager to please. 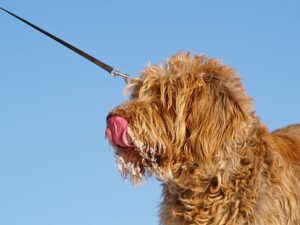 The Spinone Italiano is considered one of the first gun dogs, freezing when game is detected. They act as both pointer and retriever, both on land and in water. As hunters, they can be stubborn, but as a companion pet, this coarse-haired dog is easy-going and gentle, and many people say it has “human eyes” that are very expressive. The AKC describes this sporting group breed as sociable, patient and docile. 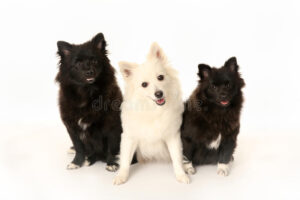 The petite Volpino, often mistaken for a Pomeranian because of its lush white coat, is an energetic dog that loves to run and play but will just as happily be a lap dog. It’s an ancient breed believed to be originally bred as companions for ladies of the court, but it also developed a reputation for catching vermin and being a watchdog. Some believe that Michelangelo owned a Volpino. The AKC describes this breed as loving, energetic and loyal.