A trip back home: A day in deserted Rome

A trip back home: A day in deserted Rome

By Beatrice Alecci, Program Director for the Italian Cultural Foundation at Casa Belvedere

Some vacations are planned to visit family. Other vacations are to see new sights. My summer vacation this year was a journey that celebrated my mother’s 89th birthday, and included visits to famous cultural sites with my adult son and my sisters, including majestic lakes. On a hot summer day when most Romans were away on vacation, we explored the capital city of Rome. 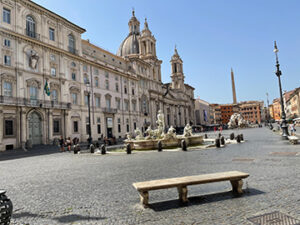 The city of Rome was hot and deserted, with many residents opting for a summer day at the beach instead of a steamy street. We came to see the stunning architectural sights in this city that was once the center of the Roman Empire in Europe. 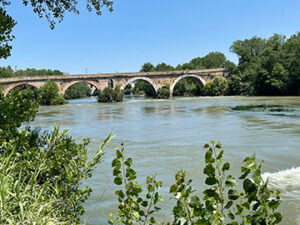 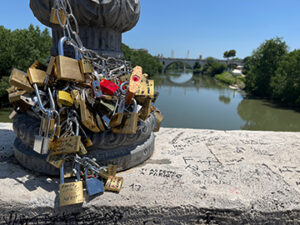 We arrived by crossing the Ponte Milvio in northern Rome, a strategic crossing point over the Tiber River during the Roman Empire. The bridge is famous for its “love locks” left behind by couples as a token of love, throwing the key into the river. 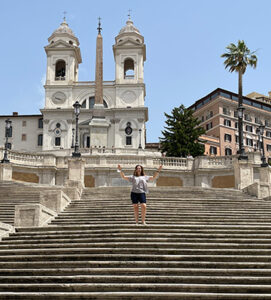 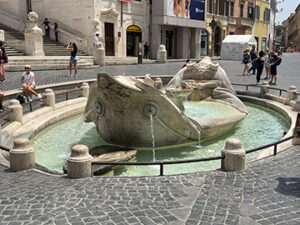 We continued to Piazza di Spagna at the bottom of the Spanish Steps – one of the most photographed sites in Italy. The piazza features La Barcaccia, the “old boat” fountain at the base of the steps. 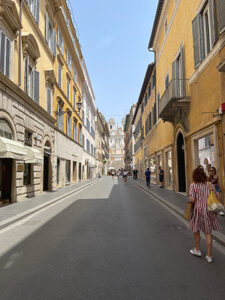 Then we walked down an empty Via Condotti, Rome’s most fashionable shopping street (and the most expensive!) 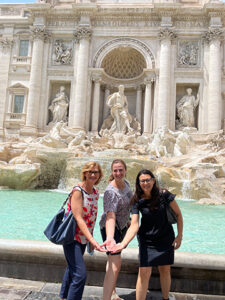 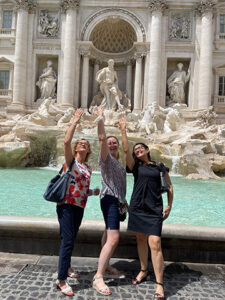 We arrived at Fontana di Trevi, where you have to throw a coin over your shoulder to ensure a return trip to Italy! The money collected from the popular tourist site is used to help feed Rome’s needy residents. 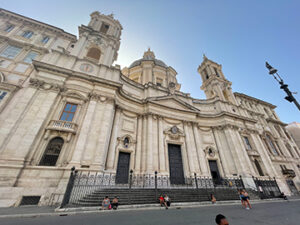 Piazza Navona is a significant example of Baroque Roman architecture. In the center is the famous Fontana dei Quattro Fiumi, representing the four major rivers of four continents: the African Nile, the Danube representing Europe, the Asian Ganges, and the Rio de la Plata representing the Americas. 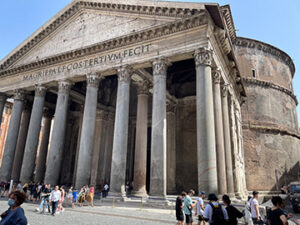 The Pantheon is a former Roman temple and is now the Basilica of St. Mary and the Martyrs. Built almost 2,000 years ago, its dome is still the world’s largest unreinforced concrete dome. 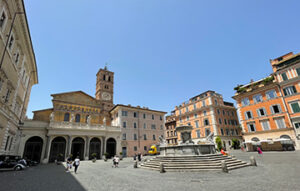 We took a ferry boat to Trastevere, famous for its narrow cobblestone streets and old homes. 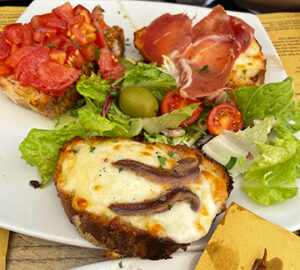 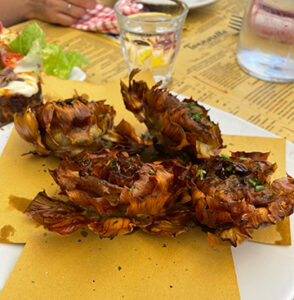 In Trastevere, we had a delicious lunch of bruschetta with anchovies, and fried artichokes – carciofi alla giudia – based on the traditional Jewish recipe. 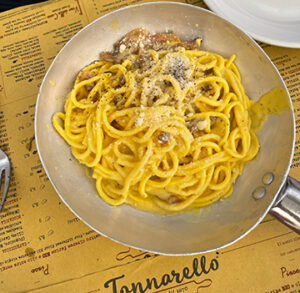 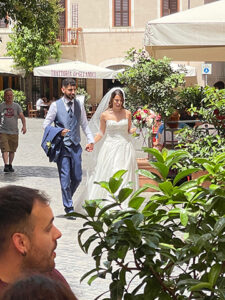 While we were dining, a newly married couple paraded through the local streets. 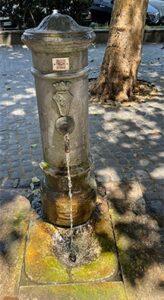 Rome has many nasone (“large nose”) which are small fountains that provide fresh drinking water to passers-by. 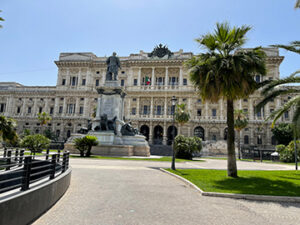 On our way home, we passed Palazzo di Giustizia, called Palazzaccio (Supreme Court) in Piazza Cavour. The palace is the highest court of appeal and is home to the Judicial Public Library. 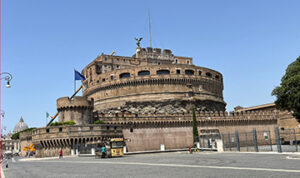 We also passed Castel Sant’Angelo, a large round castle once used by popes as a fortress. It is now an art museum exhibiting many Italian masterpieces. 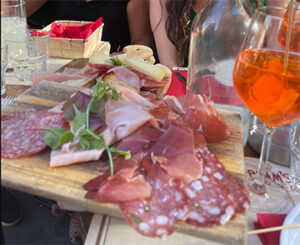 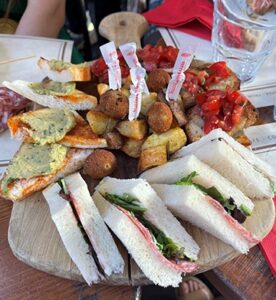 We ended our visit to Rome with the refreshing Aperol Spritz and little delectable bites.

By admin|September 10th, 2021|Food, History, Holidays, Traditions, Travel|Comments Off on A trip back home: A day in deserted Rome