ON DEMAND • “Festa della Repubblica”: How Italy Became a Republic

The “Festa della Repubblica” is celebrated on June 2nd because on that very day, in 1946, the Italian people went to the polls. For the first time after 20 years of Fascism, after World War II had largely destroyed the country, they had an important choice to make. “Monarchia” or “Repubblica” ? Women were also allowed to vote, for the first time in Italian history, and so they did. Credit is usually given to Alcide De Gasperi for the remarkably consequential decision to call the entire population to a vote on such a huge and controversial issue. The choice was “Repubblica” by a close margin, and King Umberto II went into exile.

In this presentation, we will look into the significance of this turning point in Italian history, for internal stability and international prestige. The message De Gasperi wanted to convey through the June 2nd referendum was that Italy could, and should be considered a trustworthy partner by the U.S. and their allies, now facing the Cold War against the Soviet Union. In 1950, official celebrations included the Italian Army’s parade in Rome. In 1961, the parade was joined by the “Frecce Tricolori”. 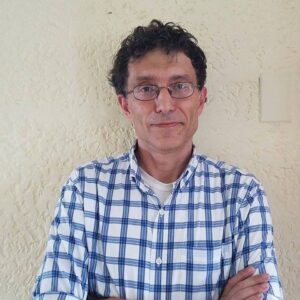 Francesco Ranci, born in Italy, holds a B.A. and M.A. in Political Sciences from the University of Pavia, and a Ph.D. in Sociology from the University of Milano. In Italy, he worked as a researcher, instructor, and journalist until 2010. After moving to the U.S., he worked as Adjunct Faculty at Naugatuck Valley Community College, The College of New Rochelle, Berkeley College, and Iona College. He recently published an essay about Cold War Era sociologist Erving Goffman in the peer-reviewed journal “The American Sociologist”. For the last four decades, he focused his research on the methodology of the cultural sciences. He is particularly committed to saving the legacy left by the Italian Operational School, in the aftermath of World War II, from oblivion.