Much has been said about the great influence and impact that Dante Alighieri’s masterpiece – Divine Comedy – had on the Italian language and on Italian and world literature. Dante’s decision to write not in Latin, but in the dialect of his native Florence, contributed to the linguistic unification of Italy several centuries before its political unification. In addition, the literary value of Dante’s masterpiece inspired many writers and poets around the world.

Less is mentioned about artworks inspired by Dante’s trilogy. Many painters, sculptors and composers, throughout centuries, were emotionally and artistically affected and moved by the episodes in Divine Comedy, especially the tragic destiny of sinners in Hell, the place of immense, eternal pain and suffering. Perhaps Dante never envisioned that his picturesque descriptions would be transferred to another media such as drawing, painting, sculpture and music.

In this presentation, we will see some of the most remarkable episodes from Hell, illustrated by artists from the 15th to 20th century: Botticelli, Zuccaro, Sardano, Dore’, Blake, Rodin and Dali. Dante’s poetic words inspired their creative imagination, and they depicted faithfully and in detail Dante’s vision of Hell’s horrors and his emotional reaction 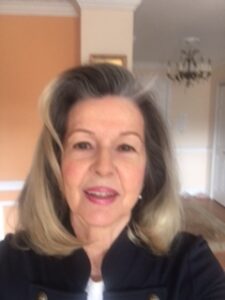 Snjezana Smodlaka, born in Croatia, holds a B.A. in Italian Literature and M.A. in Romance Philology from the University of Zagreb, Croatia; also M.A. and Ph.D. in Italian Literature from the Rutgers University. She worked as an Italian and Latin teacher in high school and as an adjunct professor at Wagner College, CSI, and The Rutgers University. She has published numerous articles on Italian language and literature and presented more than forty papers on international congresses in the United States, Croatia, Italy, Spain, Germany, France, Austria. For the last two decades, she broadened her research on aesthetics and intersections between Italian literature, figurative arts, and opera. She is particularly committed to bringing back Italian Renaissance and Baroque women artists from centuries-old oblivion.