SIX POPES: A Son of the Church Remembers

Meet Msr. Franco before he leaves for Rome.

Not only is Monsignor Franco a Son of the Church, he is a son of New York and Italian immigrants. Born in the Bronx, his work has taken him all around the world, including Staten Island in the 1960’s to the Church of the Assumption on Brighton Avenue in Tompkinsville. Monsignor Franco even organized dances at the church and invited Chubby Checker, of “The Twist”  fame  to host one evening!

As a young man he attended Rome’s premier seminary, served in various parishes and became the special assistant to Archbishop Fulton Sheen. This most formidable churchman reveals his tales of intellectual, pastoral, and diplomatic service to the Catholic Church, enlivened by recollections of the fascinating people he came to know from U.S. presidents and foreign heads of state, to religious leaders like Padre Pio and Saint Mother Teresa.

Stories of this book’s six pontiffs that Franco served under — John XXIII, Paul VI, John Paul I, John Paul II, Benedict XVI, Francis — offer landmarks along Franco’s trek through the corridors of spiritual power in New York, Washington, D.C., and Rome. It also includes snapshots of his life as a priest, even recounting playing soccer with other priests when studying as a young man in Rome.

The title of his current role, Advisor at the Permanent Observer Mission of the Holy See to the United Nations, gives little hint of the drama of the times he recollects.

“Monsignor Franco is known as an engaging storyteller of his impactful time in the Church. Read this book and you will see why.” — Timothy Cardinal Dolan, Archdiocese of New York 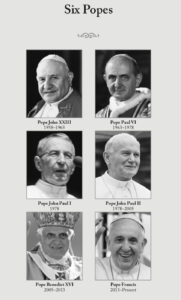 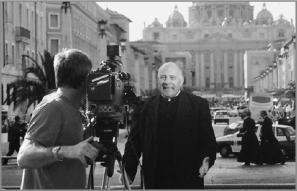