Special Holocaust Series: “If you are not indifferent, things can be different.”
Part 3: Movie screening and discussion with prepackaged snack.

The movie-documentary will be followed by discussion led by author Elizabeth Bettina and Vincent Marmorale, president of Italy and the Holocaust Foundation.

Would you risk your life to save a stranger and never talk about it? My Italian Secret tells the story of cycling idol Gino Bartali, Dr. Giovanni Borromeo, Monsignor Schivo, Mercedes Virgili, the Virgili family and other courageous Italians who carried out ingenious schemes to rescue Jews, partisans and refugees from Nazi-occupied Italy.

Celebrated as a Tour de France champion, Gino Bartali’s most daring triumph came when he risked his life to save Italian Jews by smuggling fake identification documents in the frame of his bicycle. Dr. Borromeo invented a fictitious disease to scare the SS away from the hospitals where he was hiding Jews. Monsignor Schivo hid a mother and daughter in a convent, dressed as nuns. The Virgili family and the entire town of Secchiano (Rimini) maintained the secret of a German family hidden in plain sight. These people reflect the efforts of thousands of Italians who risked their lives to save others.

You will see Italian run concentration camps and how they differ from those administered by the Nazi’s.  A camp located Campagna (Salerno) housed Jews in a former convent. The Jews had a synagogue and were able to practice their religion. In Ferramonti di Tarsia (Calabria) children are in school. As an entire continent was engulfed in genocide, more than 80 percent of Italy’s Jews survived. The film is narrated by Isabella Rossellini, with Robert Loggia as the voice of Gino Bartali.

If you missed Parts 1 and 2 of the “If you are not indifferent, things can be different” four-part series, watch it on demand via Casa Belvedere’s website:

Click here for Part One: “It Happened in Italy – Untold Stories of How the People of Italy Defied the Horrors of the Holocaust” presented by author Elizabeth Bettina.

Click here for Part Two: Primo Levi, a Holocaust survivor committed to keep alive the narrative of the Holocaust, lest we forget. Presented by Prof. Francesco Bonavita.

Part 4: Meet the survivors and their families: date TBD

Doors open at 7:30 for check in. Reservations with pre-payment required. 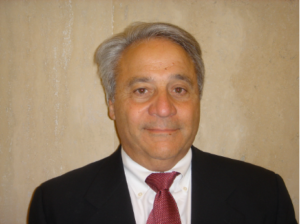 Vincent Marmorale taught social studies in the Sachem School District in New York for 33 years. He established and implemented the Holocaust Studies Program, and created workshops on Prejudice Reduction and the Holocaust on local, state, and national levels.
Marmorale received the Louis E. Yavner Award from the New York State Board of Regents for outstanding contributions in the fields of Holocaust Studies and other human rights violations. He chairs the New York State Council for the Social Studies Human Rights Committee, and the Commission for Social Justice Holocaust Memorial Committee for the Order of Sons of Italy of New York State.
Marmorale has met with the President of Italy and Pope Benedict XVI. He participated in a symposium with Holocaust survivors in Italy and visited two internment camps in Campagna and Ferramonti. He is a graduate of Oklahoma City University and earned a master’s degree in sociology-education from Long Island University C.W. Post. He is Co-Producer of “My Italian Secret: The Forgotten Story.” 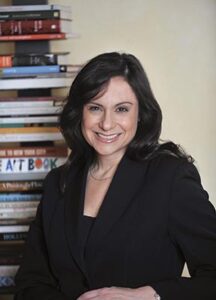 Elizabeth Bettina has a personal mission – to learn about those who risked their lives to save others and to inspire people to take action which led her to found the Be the Difference – Never Again  program. She is author of “It Happened in Italy: Untold Stories of How the People of Italy Defied the Horrors of the Holocaust”  and Co-Producer of “My Italian Secret: The Forgotten Story” inspired by her book.
As a public speaker, she has been invited to lecture around the world, including the United States Holocaust Memorial Museum, the Robert F. Kennedy Center for Human Rights, the American Consulate in Florence, Holocaust Education Week in Toronto, various embassies, colleges, universities, and organizations.
Ms. Bettina met Pope Benedict XVI and Pope Francis and arranged for Holocaust survivors, rescuers and Good Samaritans to have private audiences in the Vatican, including with both Popes. She participated in a symposium with Holocaust survivors in Italy and visited various internment camps throughout Italy as shown in her book. Her dedication to this little known history was instrumental in the creation of the Holocaust museum in Campagna, Salerno
Museo della Memoria e delle Pace. It is her core belief that each person, every action, large or small, can make a difference.
Bettina is a graduate of Smith College in Massachusetts, with a degree in economics and Italian language and literature.