Series: “If you are not indifferent…” PART 2 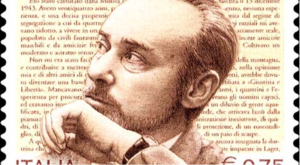 Part 2. Primo Levi (1919-1987), a Holocaust survivor.How can one find the words to describe the trauma and agony suffered at Auschwitz after one’s humanity has been taken away? For Primo Levi, a Holocaust survivor, the real drama was finding the appropriate language to describe the horrors and unspeakable events he encountered while imprisoned by the Nazis at Auschwitz during World War II.

Levi wanted to tell a story that embodied the living testimony for millions of people who did not survive to talk about their own experience. He had a burning desire to be the spokesperson for those who were mercilessly exterminated. In this virtual presentation, we will explore Levi’s life; how Italian Jews saw themselves vis-à-vis the rise of fascism; his experience at Auschwitz; and his commitment to keep alive the narrative of the Holocaust, lest we forget.