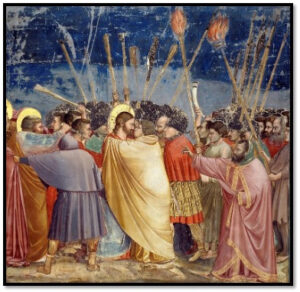 A special two-part virtual series on Thursdays, April 8 and 22
Presented by Carla Gambescia

Considered to be the “Father of the Renaissance,” Giotto di Bondone was one of the earliest artists to paint more realistic figures rather than the flat, stylized, decorative images of the medieval and Byzantine periods.  Like his contemporaries Dante and Boccaccio, his art drew from life with its attention to natural representations of the human form and emotional realism and expression. Recognized in his own time as a revolutionary, Giotto’s work was transformative in opening the door to the Renaissance. According to Giorgio Vasari, it was Giotto who restored the link between art and nature. Join us for an in-depth exploration of Giotto’s fresco cycle of the Arena Chapel in Padua (an easy day trip from Venice), considered to be his greatest work

By Sue Vidal|March 15th, 2021|Comments Off on Part 1 – Masters of Emotions – A special two-part virtual series