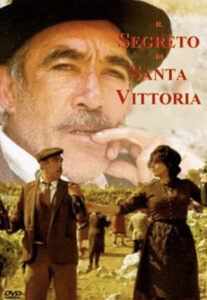 Special Holocaust Series: “If You Are Not Indifferent, Things Can Be Different”

The story is set during World War II in the summer of 1943, immediately after the fall of Italy's Fascist government under Benito Mussolini, when the German army moved to occupy most of the country. The only substantial source of income for the little hill town of Santa Vittoria is its wine. The townsfolk learn that the German occupation forces will be arriving soon, with plans to confiscate most of Santa Vittoria's wine and truck it to Germany. The people organize under the inspiration of their new mayor, Italo Bombolini (Anthony Quinn), who until days before had been thought of as a buffoon by everyone in town including his wife (Anna Magnani), and had only been appointed mayor by the town’s pro-Mussolini politicians as a ruse to deflect the people’s anger. With everyone working together, the villagers are able to hide a million bottles of wine by sealing them up in the galleries of an ancient Roman cave before the arrival of a German army detachment under the command of Sepp von Prum (Hardy Krüger).